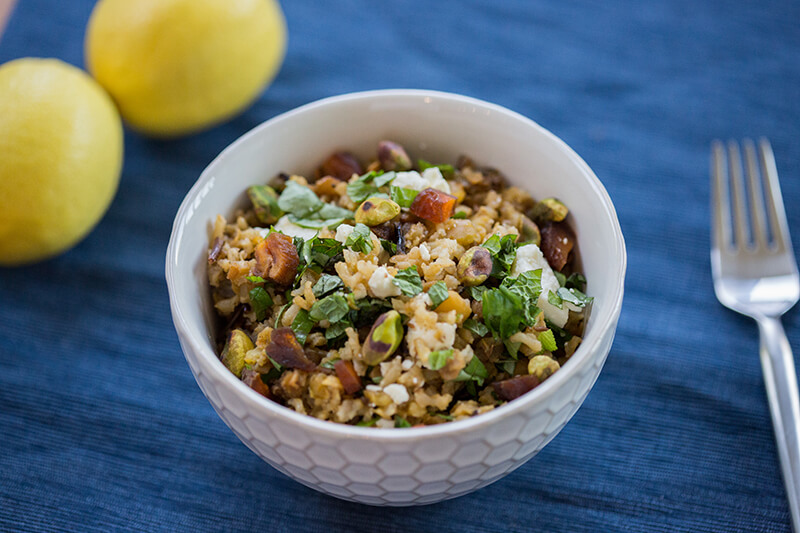 Originating in the middle east, Pilaf has been around for centuries and as language has evolved, the name has too. One of the earliest forms of the modern word “Pilaf” is the word “Pula”, which in Aryan means “dish of rice and meat.” Eventually, it turned into “Pilav” describing a Persian dish of grains boiled in broth. Today the word Pilaf is used liberally and yet most still have no idea what it actually means. The technical definition is: a dish made of rice and other grains or beans, cooked in a broth. But there are a couple of other factors that set pilafs apart from any other cooked grain dish.

What’s the Difference Between Pilaf and Rice?

The first one refers to how you season the dish. Onions, garlic, and spices are key to making a good pilaf. The more fragrant the better. Well, actually not quite, there is such thing as too much spice so don’t get too carried away. Some popular flavors associated with pilafs are saffron, cinnamon, coriander, and garlic. You could also get fancy and even add crushed pistachios on top! That’ll impress your friends.

Another huge factor in distinguishing basic rice from pilaf is the liquid you cook it in. Basic rice traditionally uses water. Boringgg. Pilaf is cooked in broths or stocks, AKA savory liquid made from spices, or simmered meat and veggies. In other words, it’s FULL of flavor.

Finally, a great pilaf involves toasting the rice before you cook it. According to SmartKitchen, the technique that sets pilaf apart from any other rice or grain dish is: “Simmering the ingredients in a covered pot/pan…so that none of the grains on the bottom become overcooked and none of the simmering liquid is lost to evaporation.” Got that? Let me repeat that. It’s simmering the ingredients, covered so they don’t get overcooked or too dry.

It can either be cooked on the stove like this or even in the oven. Finally, a great pilaff is set to rest while covered a few minutes after it is cooked and fluffed with a fork before serving.  Your finished product should be fluffy and fragrant, yet has some distinct dry pieces making the texture entirely unique.

What about Risotto, and Paella? Are they also types of Pilaf?

The differences between pilaf and other dishes are pretty straightforward. Paellas are cooked uncovered, and Risottos, are cooked with twice as much liquid as basic rice or Pilaf.